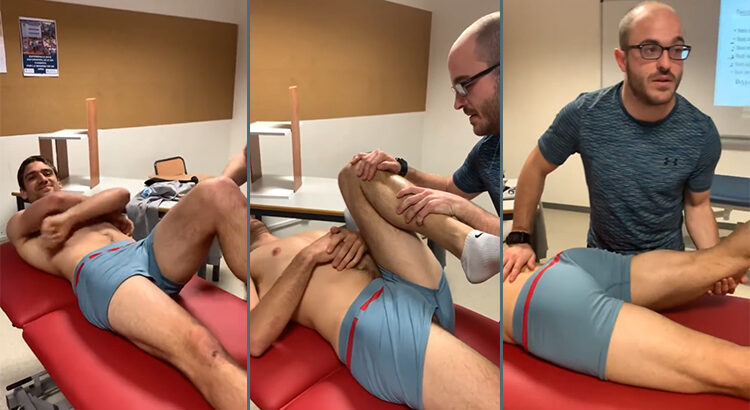 OMG! Just found a treasure trove of underwear sightings. There’s this YouTube channel for a physical therapy school in Spain and half the guys being worked on are in their underwear.

The above video is just a sample. Chosen because not only because the guy in the slate-blue boxer briefs is adorable but also because he’s got a gorgeous butt made all them more so when he bends over. Once he gets lying down on the bed there’s even some subtle exposure up the leg.

Need a selfie in your underwear? Simply head to the mall and find the nearest change room with their full-length mirrors and you’re set.

Here’s just a few hot guys we’ve found showing off in their undies in a changing room or fitting room. 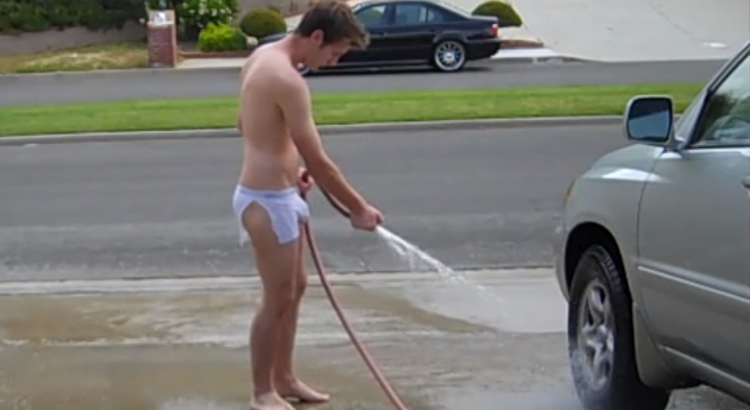 This ticks all my boxes! A very cute guy in a pair of ripped white fitted trunks washing a car out in public. The white underwear eventually gets wet and the rips conveniently get torn even more until finally, his rather large boner makes an appearance. All the while, cars are driving by.

Check out this awesome video featuring a sexy model trying on men’s underwear from the past 100 years.

As a bonus, at the end of the video is a bunch of sexy regular guys in various underwear styles.

There’s something crazy hot about mesh underwear. It’s tantalizing and teasing while not giving away everything inviting you gawk even more.

( For more of Clint: Check out his gallery )